Imagine building something transformative. Then imagine no one ever noticing. In this article, we share why founders need a Minimum Viable Distribution strategy to succeed. 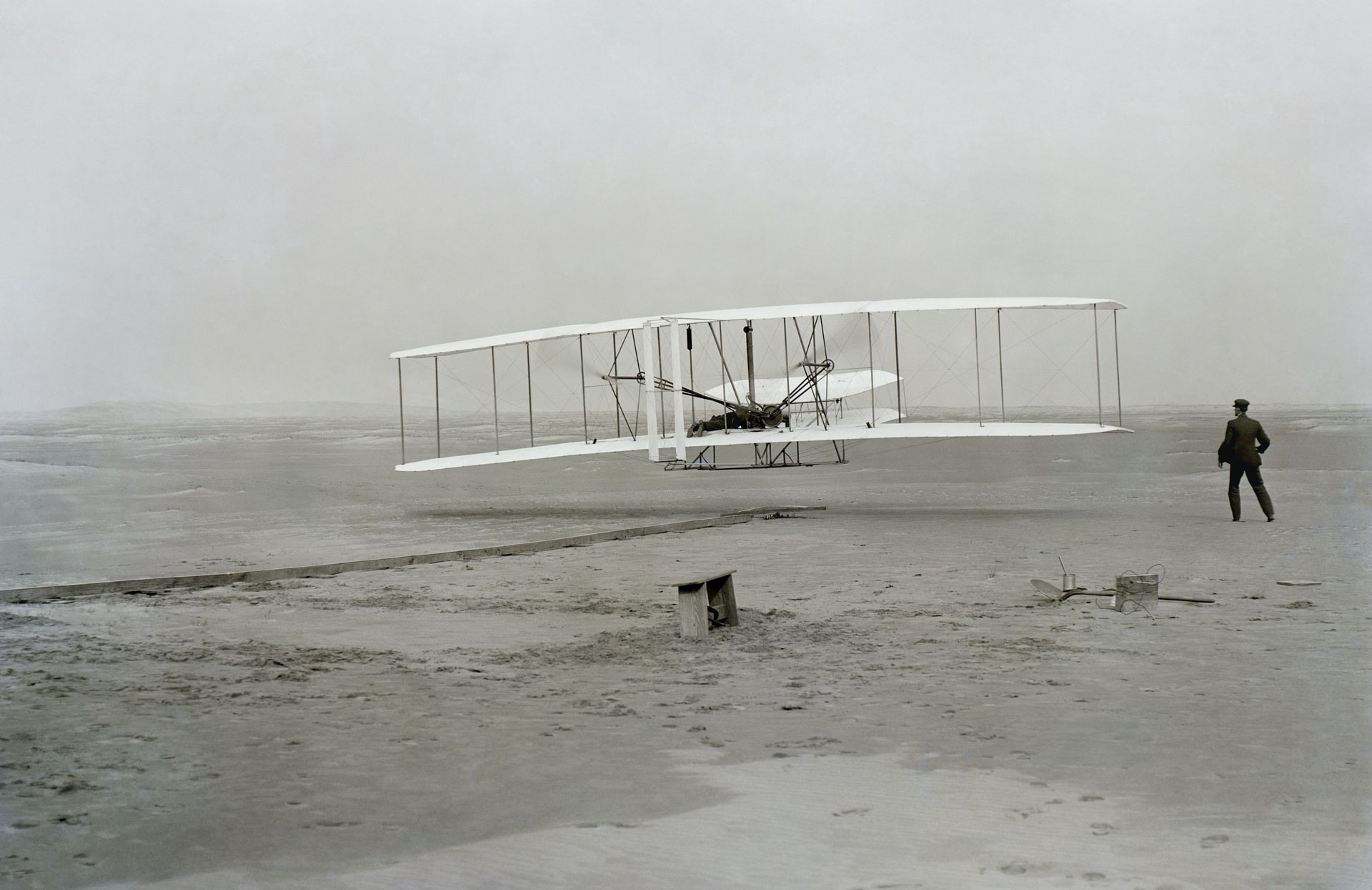 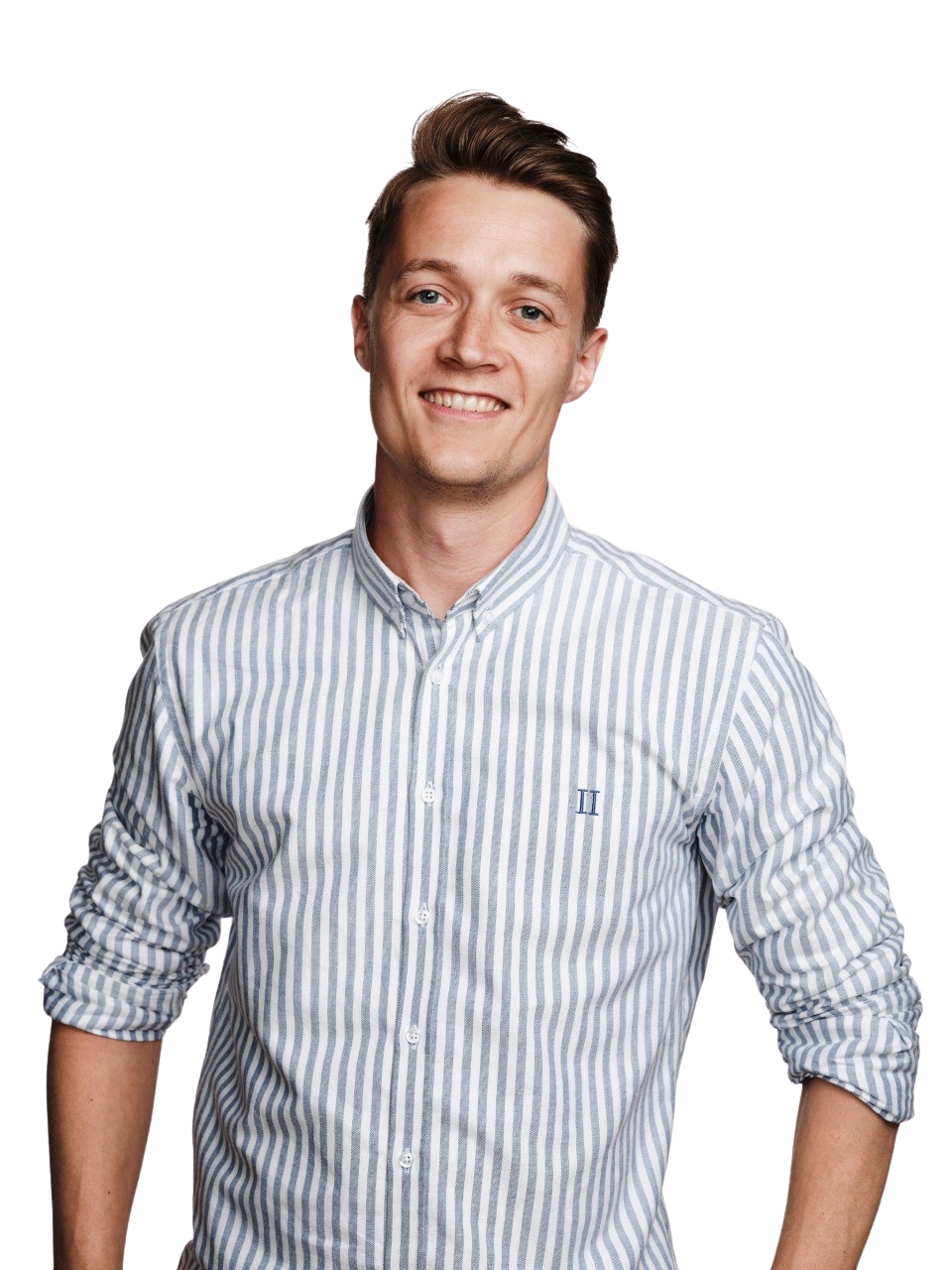 Imagine building something that would drastically shorten the distance between every human on the planet and forever transform how we connect and interact with each other. Or imagine discovering a way to cure diseases and prevent deaths on a massive scale.

Then imagine no one noticing for years, decades, or centuries…

This was exactly what happened when the Wright brothers pioneered aviation in 1903 and (barely) anyone realizing it until years later — the first mention of the Wrights in The New York Times came in 1906, three years after their first flight.

Or ponder Dr. Alexander Fleming’s discovery of penicillin in 1928 that gathered little widespread attention until a decade later. Consider also scurvy — the disease ravaging sailors on the great sea voyages of the 15th and 18th centuries killing millions. The disease was “cured” as early as 1497 when Vasco de Gama’s crew discovered the effect of citrus fruit. Still, the cure was repeatedly lost, forgotten, and rediscovered for hundreds of years — up until 1932, when vitamin C was finally isolated.

When we speak to early-stage founders, they often have a pretty good grasp of the size and scope of the problem at hand and how their product will solve it.

But when it comes to an essential part of getting to product-market-fit, actually getting the product into the hands of the customers — the distribution part — many tend to be less convincing (or convinced) in how they’ll solve this. First-time founders especially can get stuck in product-mode without giving distribution much thought.

On a more serious note, getting distribution right is by no means easy. First, you need to know who your customers are (a more challenging question than it seems), then you have to figure out where to find them, and lastly, how to reach them efficiently and at scale.

Any pitch should at the very least include considerations around solving distribution addressing the three questions above. If you’ve thought extensively about it, the chances are that a) you’ll have an easier time fundraising, and b) that you’ll be able to move faster to market and grow quicker after getting funded.

How should you think about distribution then? As David Sacks (formerly at Paypal, Yammer, and Zenefits, now co-founder of Craft Ventures) puts it, distribution “has to be baked into the product from the beginning, it’s not something you tack on later.” This was a core conviction at PayPal and a massive driver for their success.

However, few companies have as obvious a product-led distribution mechanism as PayPal did, so where do you start as an early-stage founder searching for a Minimum Viable Distribution strategy?

At its core, look to understand who your customers are. Or rephrased, who your initial customers are. The clearer you can define the initial subset of customers, the easier it will be to build a distribution strategy around finding and acquiring them. In the words of Paul Graham, it’s better to make a few users love you than having a lot of ambivalent users:

Consider the example of GitHub, which launched their private beta towards individual enthusiasts from the Ruby community instead of going for a broader set of developers and before even thinking about expanding into SMBs and enterprises. The founders felt that it was “critical that we were embedded in that community, I don’t think we’d be able to convince people to try GitHub otherwise.”

Or take Uizard, a collaborative design tool powered by AI and targeted non-designers. When they let people signup to their beta waiting list, they hitched on their product’s collaborative nature to build a viral loop straight into the waiting list system. This allowed them to quickly acquire tens of thousands of new sign-ups to invite into their beta product.

Their most challenging problem has been to identify this awkwardly narrow target segment within a large pool of early signups and beta users. When Uizard started inviting members into their beta, the vast majority of sign-ups were designers and developers. Only a minority were part of the group they later identified as their actual customer segment, namely non-designers, startup founders, product managers, business analysts, and marketing teams. Without a viral mechanism built into their beta waiting list, it would have taken a long time to gather enough beta users to identify what customer-product-fit looked like.

It’s like trying to find a needle in a haystack. As the haystack size increases, you also want to increase the number of needles you can eventually find.

“It’s a commonly held view that tailoring the product too narrowly to a smaller target market means that growth will hit a ceiling — but I don’t think that’s the case. We found pockets of PMF with specific segments of founders, managers, executives, and business development professionals. Once we recognized this, we were able to focus the entire company on serving that narrow segment better than anybody else” — Rahul Vohra, Superhuman

Generally, the more niche and narrow, the better — as long as you can see a path to expansion. For Discord, that path started with ten users, a lot of product improvements, and a pair of co-founders staying extremely close to their potential user base:

Someone posted about Discord in the Final Fantasy XIV subreddit, with a link to a Discord server where they could talk about a new expansion pack. Citron and his Discord co-founder, Stan Vishnevskiy, immediately jumped into the server, hopped into voice chat, and started talking to anyone who showed up. The Redditors would go back, say “I just talked to the developers there, they’re pretty cool,” and send even more people to Discord. “That day,” Citron said, “we got a couple of hundred registrations. That kind of kicked the snowball off the top of the mountain.”

While it is helpful to consider where you will be on the market curve, don’t worry too much about market size initially, especially if your product is focusing on tomorrow’s market and not today’s. Instead, focus on finding that initial subset of customers who really need your solution and let the market unfold around you. It doesn’t matter if you start small and niche if you start with the right set of customers.

One caveat here: if your product is intended to be horizontal by nature, be mindful of not getting bogged down over-optimizing your product and entire company for one vertical at the expense of building something broadly useful.

Most good startups are founded based on a particular “insight advantage,” and most successful startups have turned that insight advantage into an execution advantage. In that sense, insights around user acquisition or distribution matter a lot in putting you on the right trajectory in the early days.

While following best practices can help avoid mistakes other people have already made for you, following a playbook on customer acquisition rarely works if you want to be durable in the long run.

A playbook, by definition, means someone else has already succeeded with it. And successful distribution tactics get copied to death, and any edge gets arbitraged away pretty fast — this is also why paid-led distribution rarely works in the long run (more competition, more noise, higher CAC).

The best advice is that there isn’t any advice. Lean in on your unique insights or advantages and, “simply,” just do “all the things”:

In lieu of a playbook, here are some things to ponder:

Marketing
Distribution
More about the author(s)

Martin leads investments across Europe and works with portfolio companies in a board capacity. Particularly, he's focussing on crypto/web3 and climate tech as well as verticalized SaaS and fintech. He is a former entrepreneur, having founded and worked with several startups in Denmark, Seoul, and Beijing.Prior to working in tech, he spent a number of years as a professional online poker player, honing a skill set in game theory, math, and psychology - traits he now applies to venture investing.Martin holds a Master's in Political Science from Aarhus University and Sogang University, Seoul. Outside of work, he spends his time mountain biking and cold water surfing, or playing with his son

More about the author(s)
No items found. 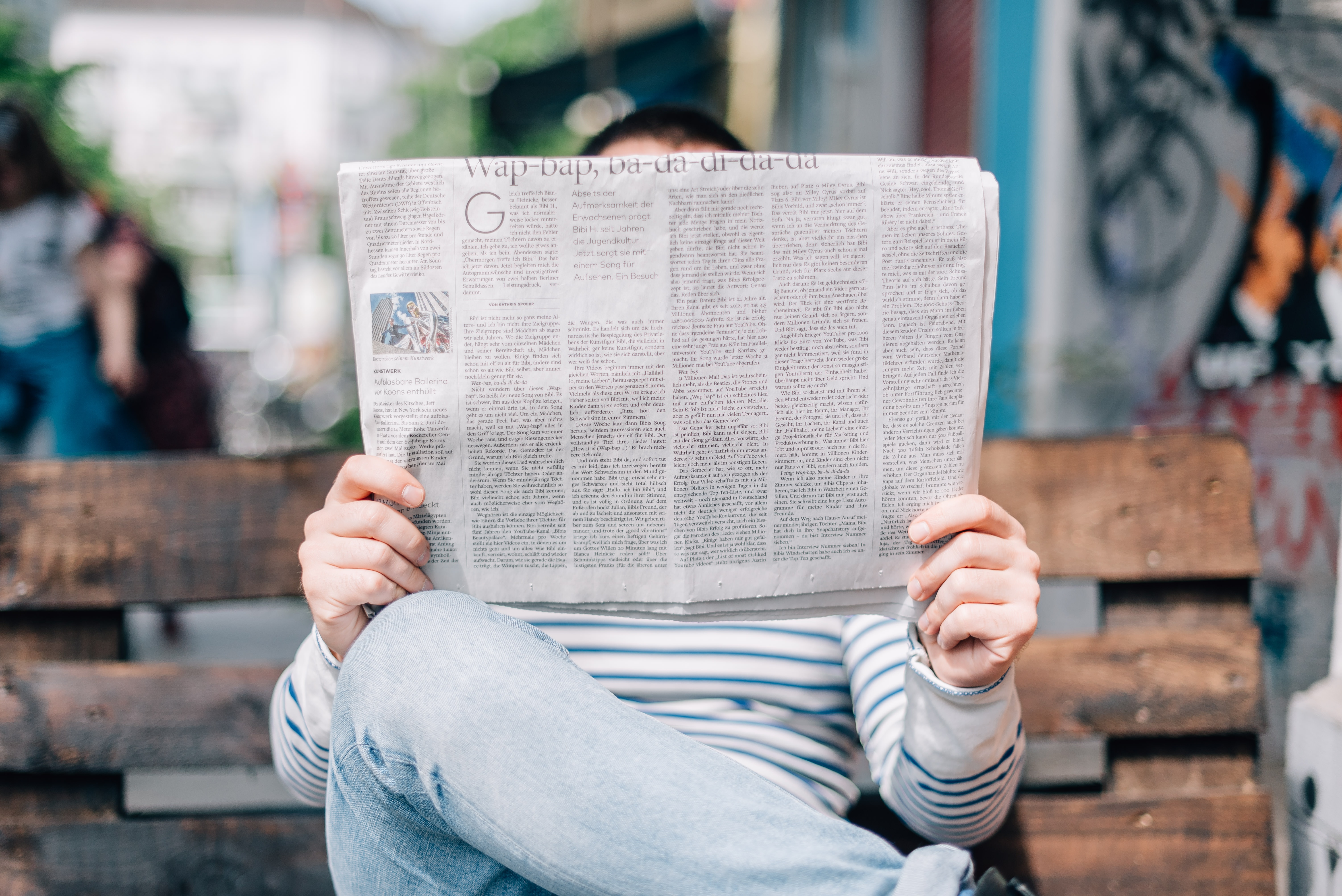 Steal, provoke & flatter: How to get media coverage through thought-leadership

Unless you have a celebrity founder, or a flair for spectacular press stunts, getting press coverage for your startup is notoriously hard. Very few have a revolutionary product to carry them through, and the reality is that 99% of startups aren’t inherently newsworthy.
Insights
November 8, 2021

Steal, provoke & flatter: How to get media coverage through thought-leadership

Unless you have a celebrity founder, or a flair for spectacular press stunts, getting press coverage for your startup is notoriously hard. Very few have a revolutionary product to carry them through, and the reality is that 99% of startups aren’t inherently newsworthy.
External
March 3, 2021

Imagine building something transformative. Then imagine no one ever noticing. In this article, we share why founders need a Minimum Viable Distribution strategy to succeed.
Insights
March 3, 2021

Imagine building something transformative. Then imagine no one ever noticing. In this article, we share why founders need a Minimum Viable Distribution strategy to succeed.
External
February 19, 2019 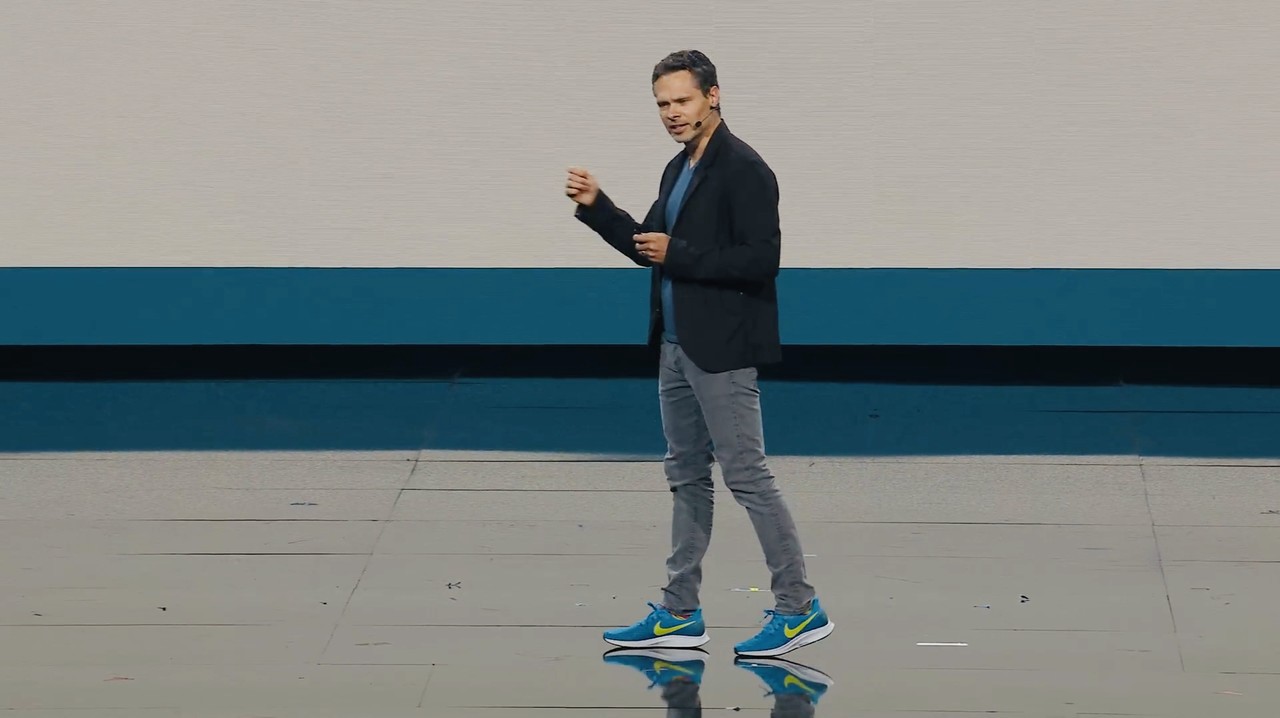 Robin Daniels (Matterport, Salesforce, Box, LinkedIn, WeWork) shares some key marketing lessons you should keep in mind as you grow your own company.
Insights
February 19, 2019

Robin Daniels (Matterport, Salesforce, Box, LinkedIn, WeWork) shares some key marketing lessons you should keep in mind as you grow your own company.

Delete me when done